As I await the first round of trick-or-treaters, I thought I’d compile a list of my 10 favorite movies to watch this time of year.  My 11 year old daughter watched Poltergeist for the first time and thought it was funny because the special effects were “lame.”  I had to explain the concept of a television network “signing off” for the night because she didn’t understand the “fuzz” on the TV.  If you grew up watching special effects come of age, you probably enjoyed horror movies for the future iconic characters and thrill of the scare.  A sense of humor was always a plus, too.

1. Halloween: The original movie score alone will drive you batty.

2. Poltergeist I, II (the third one was pitiful)

3. The Shining: Kubrick and Nicholson rule.  It’s one of few movies I can say that surpass the book.

4. Nightmare on Elm Street (I and III) Nancy vs. Freddy–I learned it’s not a good idea to fall asleep in class.

TV static is thing of the past 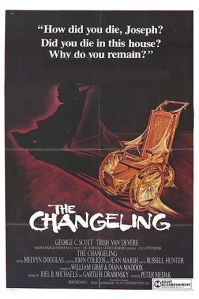 One of the spookiest movies ever made

8. The Others: staring Nichole Kidman,  didn’t get nearly enough attention it deserved.

9. The Sixth Sense: Destined to become a classic.

10. Beatlejuice:  Who needs the latest special effects with at Tim Burton at the helm?

**Favorite scary book: Pet Semetary:  Read the book–they never should have made the movie, but I always enjoyed seeing Fred Gynn in his post Herman Munster career.

This entry was posted on Friday, October 31st, 2008 at 10:32 pm and is filed under American history, blogs, Comedy, Critics, Entertainment, Hollywood, Horror Movies, Humor, Movie History, Television. You can follow any responses to this entry through the RSS 2.0 feed. You can leave a response, or trackback from your own site.