Senator and soon to be Secretary of State  Hilary Clinton could probably feel her ears (and cankles) burning when Mr. Weston, a defendant on Judge Judy, gave his exit interview  yesterday.  Judge Judy had dismissed Mr. Weston’s case of false arrest for assault with a deadly weapon when his neighbors claimed he had allegedly tried to run over his son with his car after being challenged to a fight.

Did he have anything to say to his neighbors? 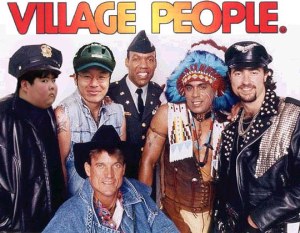 Ready to Raise Your Child

“IT TAKES A VILLAGE TO RAISE A CHILD, AND THEY ARE NOT VILLAGE PEOPLE“