Will Hillary and Barrack really unite for change? {The Today Show} 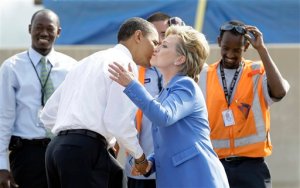 Saturday morning I watched a segment of the Today Show when Lestor Holt interviewed (via satellite) two campaign face-people who said each camp is putting on a united front against the common enemy, John McCain. Holt’s bottom line was that these two senators have been campaigning against each other for months now, so has either one altered his or her platform? Has Hillary Clinton publicly conceded yet? From the stage in New Hampshire, Senators Obama and Clinton looked like equals on the Democratic Presidential ticket, and honestly I couldn’t tell who was running for president and who would be the running mate. I felt Hillary showed more confidence in herself and her party than with Senator Obama. It was strange because I got the vibe that Hillary felt that she could still win, or that Barack Obama could win only with her support. I guess I was hoping for a show of humility and honesty from Hillary, but from my perspective it was another exercise in the Clinton family’s self-importance in American History. I don’t think Hillary will be satisfied as Vice President, even if she would be the first woman Vice President. She wants a larger role on Capitol Hill, and if Barack Obama doesn’t realize this, he’s in for a rude awakening. I don’t think he’s that naive: offering to help Clinton pay down her campaign debt was a brilliant political move; it highlighted her enormous debt and made him look sympathetic. (I’m sure his gesture drove Hillary crazy) Senator Obama declared, “She Rocks!” in New Hampshire, but I don’t think he’d say that if their positions were reversed. There is so much at stake for the Democrats in the upcoming election and so much opportunity to make history. I will miss Hillary and Barack campaigning against each other. I only wish Jon McCain could have had the opportunity to verbally spar with a strong Republican opponent.

The following video illustrates why I question if the new “Unite for Change” rhetoric is genuine.

Searches for Nick and Mariah’s tattoos have led viewers to my blog, and I hope you all were not 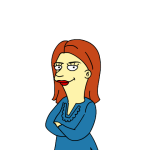 disappointed. Thanks to you, this post has a record of 935 views so far. Also popular were searches for Bear Grylls (Sorry, I couldn’t find the diarrhea video), Yorkshire Terrier aka “Yorkie” puppy cuts, and of course, there are those of you who are interested in spandex.

1) I’m looking for Mariah’s & Nick’s tattoos. Here’s a picture of Nick and Mariah’s tattoos from a comprehensive site vanashingtattoo.com. “Nick Cannon” is inked as the body of a butterfly tattoo on the small of her back. Incorporating Nick in a butterfly is meaningful symbol for Mariah compared to the “Mrs. Cannon” or “MC” tattoos rumored to have been inked on one of her butt cheeks.

2) Are their any pictures of tattoos for married couples? Check out tattoojohnny’s designs for ideas.

3) Is Bear Grylls a model? Bear reveals more about himself on his You Tube channel. If you go there, you can send him a message. I don’t think Bear is moonlighting as a model, but you can buy a Bear Grylls Rocks T- shirt.

4) I want to know more about Spandex. Click here to learn all about this versatile fabric, and here to purchase some for yourself.

5) Do you have any pictures of Yorkie puppy cuts? 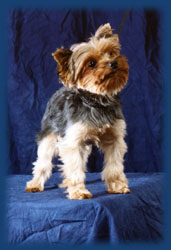