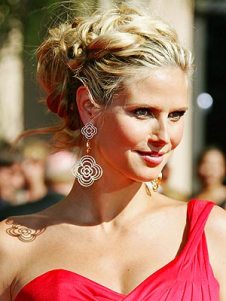 I miss the more serene Heidi

The first two episodes of Season Five of Project Runway are over and already Heidi Klum looks a little tired. The usual perky, fashionably dressed and impeccably styled host and executive producer appears a little too thin and stressed out. Season 5 has a trying-too-hard-to-live-up-to-past-season’s vibe; the format is the same, but you can tell things have changed. This will be the last season aired on Bravo TV. Season 6 will be aired on the Lifetime Network and produced in LA (supposedly the geographical change works out better for Klum). Will the New York based supporting cast follow Klum? I can’t imagine Project Runway without Nina Garcia, Michael Kors, or especially Tim Gunn. Will the ultimate prize still be a runway show at Bryant Park? NYC is the perfect backdrop for fashion designers–can LA live up to it? I would love to see previous LA based designers Kara Saun, Santino Rice, and Jeffery Sebelia make appearances. What I’m afraid of is that the show will pander to the Red Carpet culture rather than fashion editors. Also, isn’t Lifetime “television for women?” Since when did Project Runway become a show “for women?”

As for the first two episodes: no one has stepped forward as the official a-hole, yet. In my opinion, two talented designers have been sent home already. I really thought Blayne would be the first one out with his walking Depends Undergarment creation, but Blayne is a “character.” He reminds me of Kato Kaelin’s gay cousin. In the last episode he called Heidi “Darth Vader” because she dressed in black. (Heidi had called Blayne’s diaper-chic “butt ugly”–ouch). But then Blayne changed his mind and called Heidi “Darth-licious” in a manner that evoked the spirit of the great Christian Siriano. Also, guest judge Natalie Portman plugged her new vegan shoe line. I’ve been buying “vegan shoes” for years at Payless. I’m so ahead of my time. 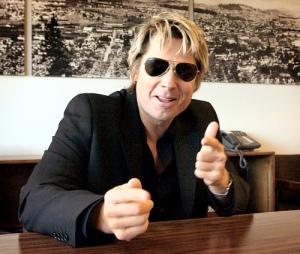